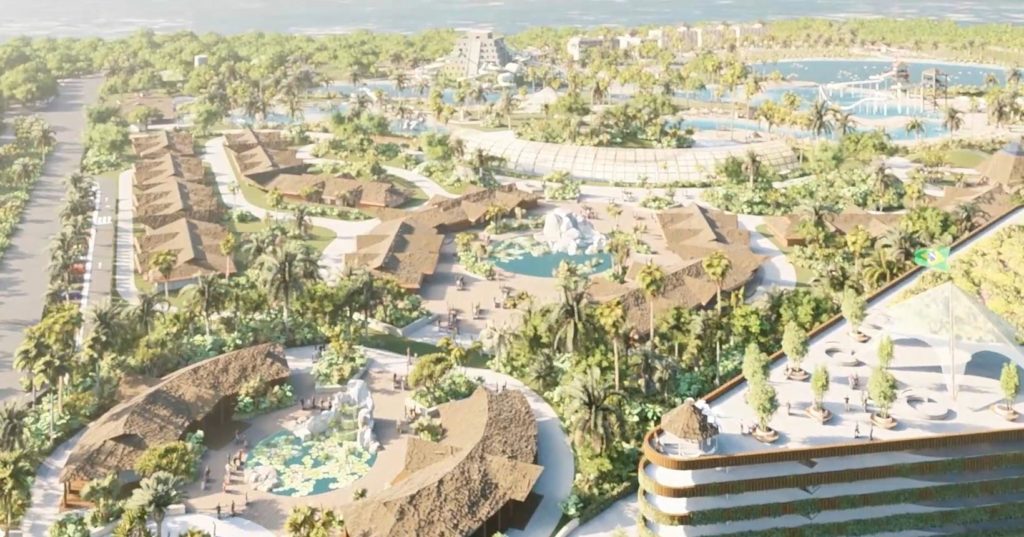 A water park with the largest wave pool in Brazil, including for surfing, several toys and a surfing school, as well as three resorts, several restaurants, a social center for the elderly, a kindergarten and lots of entertainment … The Surf World Park project, within the Cabo Branco Pole, in Paraíba, was presented by the state government, in what is already considered the largest tourist development in history in the region.

Surf World Park is a project of the Spanish group IngeParks, which has parks around the world. The projects are owned by the Natal Ocean Palace Natal group, with a provisional name for its resort in Paraíba of the Ocean Palace Jampa Eco Beach Resort, as well as the Amado Bio & Spa Hotel, and the Surf World Park, which will be the water park complex with the third hotel. There will be 1,491 beds, which represents an increase of 12% in the number of beds in hotels in the capital of Paraíba.

Check out the projects in the video below