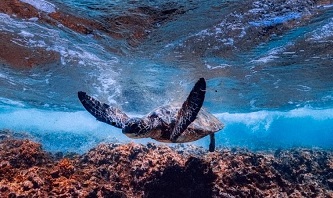 The Brazilian government has designated two new marine protected areas this week. The protected areas around the São Pedro and São Paulo archipelagos and the submarine volcanic chain that connects the Trindade island to the Martin Vaz archipelago are home to a rich marine life, including sharks, turtles, rays and whales.

The designation increases the Brazilian marine protected areas from the current 1.5% to 24.5%, surpassing the target set by the Convention on Biological Diversity (CBD), which recommends the protection of 10% of marine and coastal areas by 2020.

The announcement was made during the 8th World Water forum taking place in Brasilia until Friday, March 23rd,

The protected areas will be of mixed nature. Some areas will allow the development of regulated economic activities and others will be considered natural heritage, thus protected from any form of exploitation.